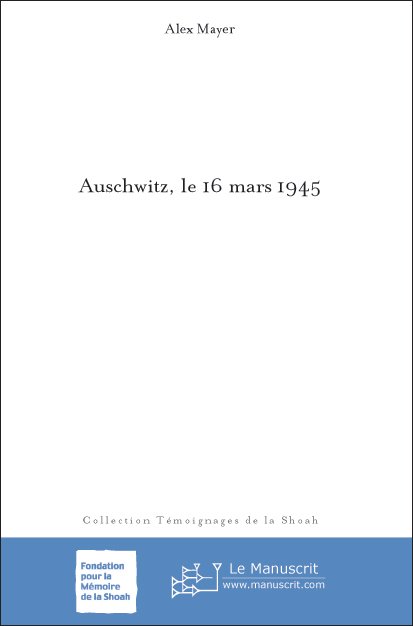 When the camp at Auschwitz was liberated by Soviet troops, Alex Mayer had just one priority: to write. First, for himself, to try to understand and not to forget, but also for those who were no more, who could not bear witness. Having no paper, he began to write his diary on camp office-forms. Gathering up all his forces, he describes the bravery and cruelty, the madness, the small gestures which saved and those which proved fatal.