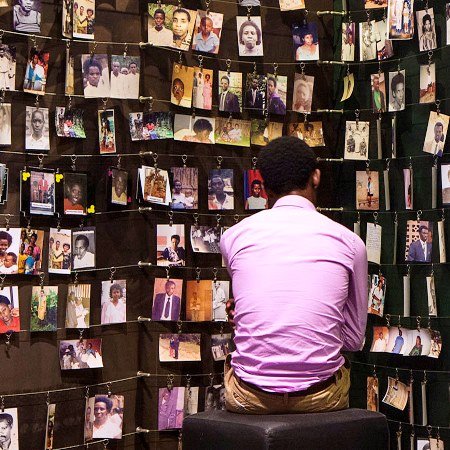 Commemoration of the genocide against the Tutsi in Rwanda

Twenty-five years ago, on April 7, 1994, the genocide against the Tutsi in Rwanda began. For 100 days, nearly a million people were brutally massacred. In order to honour the memory of the victims and recall the immensity of this crime, ceremonies are organized by the Ibuka association in France.

Homage to the Righteous of France

On January 18th, 2007 President Jacques Chirac, at the invitation of the Foundation for the Memory of the Shoah and its president, Simone Veil, pays homage, in the name of the people of France, to the Justes of France and all those anonymous French men and women who saved the lives of Jews during the Occupation. The ceremony will be a reminder of the fact that the lives of three quarters of the Jews of France were saved during that period.